Richard Cœur de Lion, Richard I of England, Oc e No, Duke of Normandy, Duke of Aquitaine, Duke of Gascony, Lord of Cyprus, Count of Poitiers, Count of Anjou, Count of Maine, Count of Nantes

The rightful King of England King Richard is a historical king whose younger brother unsuccessfully tried to usurp his throne while he was away fighting in the Third Crusade.

Robin became an outlaw while chaffing at the rules set in place by Prince John while Richard was fighting in the Crusades. When Richard returned home he joined the Merry Men in the forest for a time using an alias and befriended Robin. After his identity was discovered he granted pardons to Robin and his Merry Men and in some tales attended, officiated or ordered Robin and Marian's wedding and hired Robin and his Merry Men.

Richard I was the third son of King Henry II of England and Duchess Eleanor of Aquitaine. Richard reigned as King of England from July 6, 1189 to April 6, 1199. He was also Duke of Normandy, Aquitaine and Gascony, Lord of Cyprus, Count of Poitiers, Anjou, Maine, and Nantes. See wikipedia for more. Despite his heroic nature in the Robin Hood tales and many other fictional stories which include him he is considered to have been a poor king and a violent man though an excellent soldier which may explain why he spent so little of his reign in England and left his mother and William de Longchamp as regents in his place. 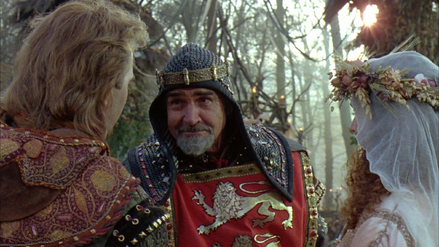 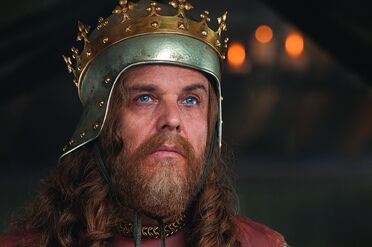 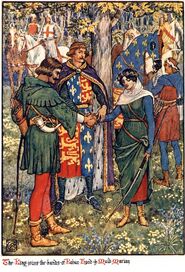 King Richard in Sherwood Forest from Robin Hood and the Men of the Greenwood by Henry Gilbert (1912). Illustrated by Walter Crane in 1883. 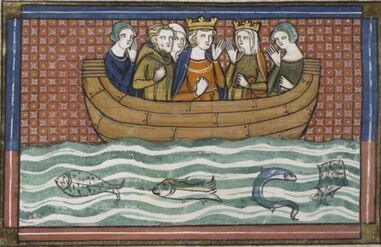 Richard with his wife Berengaria of Navarre 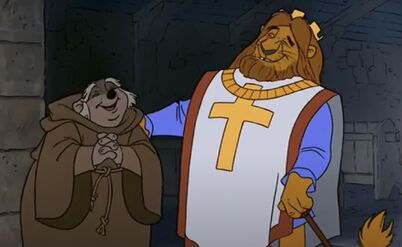